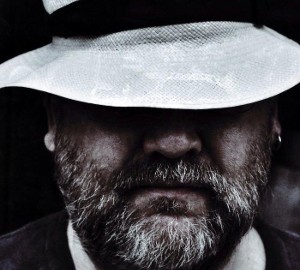 Not everything in the Cosmic Trigger blast radius is necessarily good or helpful.

It gets Weird out in the Wyrd: sometimes it can seem as though you are not just wandering in Chapel Perilous, but being pursued. At times like that, it’s helpful to know the basics of how to protect yourself.

This is not about turning you into an occult badass: it’s more like a anti-mugging course for those who want to be safer in their travels.

DADA 101: An introduction to Defence Against the Dark Arts.

In this introductory workshop Cat Vincent, a long-time expert on magical protection and curse-breaking, will take you through some useful underlying concepts, such as grounding, shielding and counter-spelling. Providing an underlying model for combat magic, Cat will demonstrate how to use these principles to protect yourself and even to disperse unwanted forces.

All you need is to be comfortable and ready for some mild stretching (in all senses of the word).

Ian ‘Cat’ Vincent is a lifelong student of the occult, and a former paranormal protection consultant.

In recent years he has turned his attention to Fortean journalism, with a focus on examining the rise of ‘hyper-real’ (fiction-inspired) belief systems and other pop-culture manifestations of the occult. He was one of the earliest journalists to write in depth on the Slenderman phenomenon. His writing has appeared in Fortean Times, the American college text Apocalyptic Imaginary, a monthly column at Spiral Nature and the Darklore anthologies, and he is a a contributing editor at The Daily Grail.

He has lectured on subjects including Slenderman, the life and works of Robert Anton Wilson, the fictional roots of modern paganism and the Westernisation of Eastern beliefs at a range of venues including the Senate House Library, the University of Leicester and the Royal College of Art.